We use cookies to ensure that we give you the best experience on our website. If you continue without changing your settings, we'll assume that you are happy to receive all cookies on this website. However, if you would like to, you can change your cookie settings at any time through your web browsers tools.
Skip to main content

Where Tea Comes From

Where Tea Comes From

There was a time when tea was simple: it all came from China. Not any more: Tetley works with thousands of tea estates from all over the world.

Where Does Tea come from?

Our experienced buyers work closely with thousands of tea gardens in over 25 different countries to select the very best tea leaves. For us, it is about helping to create a thriving, global tea industry that is socially fair and environmentally sustainable. That is why we are founding members of the Ethical Tea Partnership and source 100% of our tea from Rainforest Alliance CertifiedTM gardens. 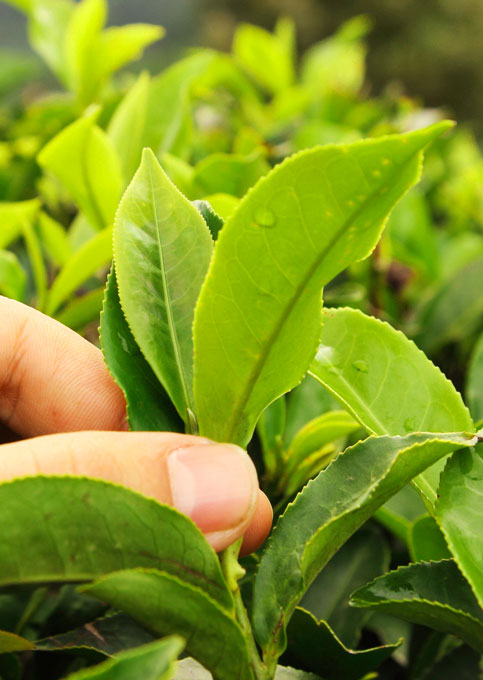 Tea plants flourish in warm, moist climates and can grow 20 feet high if left unchecked! However, our buyers seek the best for Tetley – tea grown in cool climates and at high altitudes, with the tea plants trimmed to only three to four feet in height and width. The main producers of tea are Sri Lanka, India, China, Japan, Indonesia, Turkey and some parts of Africa and South America. 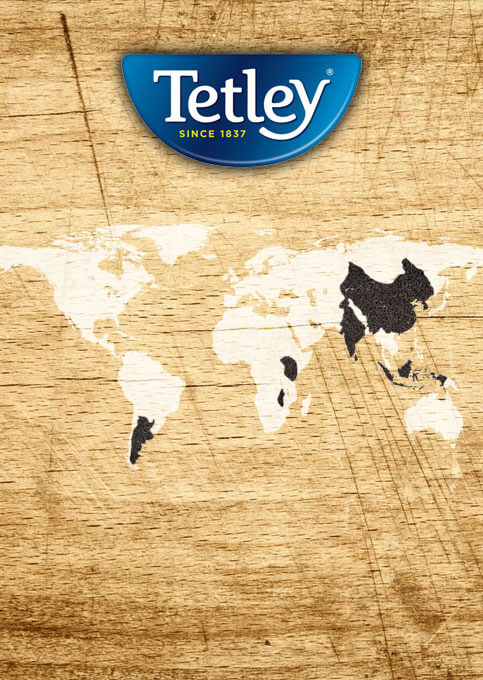 The tea farmers we source from take great pride in picking only the best tea leaves for your brew. You can find out more about our sustainability initiatives here.

Before landing on a shelf at your local store, each Tetley blend undergoes a crucial four-stage journey from crop to cup. The key ingredients are care and attention – after all, that’s what goes into making a great quality cup of tea.

Argentina
Where: In the North East of Argentina, in the warmer Misiones province.

The brew: the red soils of Misiones produce teas with a mild taste and clear liquor. They‘re perfect for the American market's thirst for iced tea.

Kenya
Where: The high altitude areas both east and west of the Great Rift Valley, Kenya. How much: Kenya is the world‘s third largest tea producer, after China and India. A lot of its thick and bright teas are sold at auction in the port of Mombasa on the Indian Ocean.

The brews: Kenya keeps many markets happy. We love their medium types with a deep colour. In Pakistan they go for black leaf tea while Egypt loves fast-infusing teas.

Malawi
Where: Malawi, Central Africa, where the first gardens were established by the British in the late 19th Century. The oldest tea industry in Africa, it was later joined by Rwanda, Burundi, Zimbabwe and Mozambique.

How much: Malawi produces 45 million kilos of tea, putting it just outside the top 10 largest producers. Much of its tea is sold through a weekly auction in Limbe in the south. The brews: The country’s teas are bright with an interesting colour, and are big in the UK and South Africa.

South Africa
Where: The Cedarberg region of the Western Cape, South Africa, home of Redbush (or ‘Rooibos’ in Afrikaans). This wild shrub is only found here. It has leaves like needles, and it has been processed and fermented like tea since the early 1900s.

The brew: Although it has no caffeine, Redbush makes a red brew that‘s similar to black tea. It also lends itself to carrying flavours.

The brew: The leading South Indian tea is Nilgiri. It‘s grown high up and has a distinctive aroma and flavour. It‘s expensive and loved by the Russian market.

Darjeeling
Where: Darjeeling is in the foothills of the Himalayas in India. The British established the first tea estates there in the 1850s. When: Darjeeling is picked during 4 ‘flushes’ or seasons: Spring, (late February Mid- April), Summer (May - June), Monsoon (July - September) and Autumn flush (October - November). It is ‘high-grown’ at over 2000m.

The brew: Darjeeling is known as ‘the Champagne of Teas’, and is best with just a splash of milk. Each flush is different: Spring is a light tea, while later crops give a stronger more coppery brew.

Assam
Where: North Eastern India, on the steamy alluvial plains bordering the mighty Bhramaputra river. When: Most Assam tea is made between July and September, with the region producing around 700 million kilos a year.

The brew: Assam is malty and refreshing, with the body to give a refreshing zing.

Sri Lanka
Where: Sri Lanka, although its teas keep the country‘s former name of ‘Ceylon’. It is the world‘s fourth largest tea producer. Types: Ceylon‘s teas are divided by altitude (low, medium and high-grown) and two quality seasons named after regions: the Uva season from July to September and the Dimbulla season from December to February.

Taiwan
Where: Most of the world‘s Oolong tea is grown in Taiwan, with the best fetching several hundred dollars a kilo.

The brew: Oolong is part-oxidised tea. Different levels of fermentation give it different characteristics. The brews: Champagne Oolong has a clean, peachy character. Then there‘s the floral Jade Oolong. And there‘s Pouchong which is also floral but more open-leafed than Jade.

Japan
Where: Japan plucks tea from more than 50,000 hectares of land.

The brew: The country has a proud heritage of producing excellent green teas.

China
Where: China has nearly 1.5m hectares of land dedicated to tea. It is the world‘s largest producer of tea.

The brew: As well as black teas, China is famous for Green, Oolong, White, Flavoured and Compressed teas.

Indonesia
Where: Indonesia‘s main tea growing regions are Java and Sumatra. How much: With 139 million kilos produced, Indonesia is one of the world‘s largest tea producers.

The brew: These are mellow, smooth teas which are perfect for blending. They‘re also ideal to carry flavours.

Papua New Guinea
Where: New Guinea lies to the north of Australia, where the tea industry occupies the eastern half of the island. Most of its 7,500 tonnes of tea is exported to Australia, Europe and the USA.